We are faced with hundreds of decisions everyday and they all line up one after the other waiting for an answer. Have you ever been in a restaurant and were asked what you wanted to drink? You said water and expected your request to be carried out, but instead you got more questions, “from the tap or bottled?” “Still or sparkling?” “With ice or without?” at this point you wanted to scream, “Just get me some water to drink!”

The concept is very simple, yet I found that it was a big struggle for me. Some years back, while waiting for an appointment I was flipping through a book titled ‘On Taking Penalties’ I happened to stumble across this passage, “The human spirit may crave freedom, but it recoils from choice. To commit to one option – to live with a certain person rather than another, say, or to go to this New Year’s Eve party and not that one – is to confront the irreversibility of time. In this sense, to make a choice in life is to recognize the inevitability of death. That’s why we procrastinate, or attempt to suspend the moment of decision, for as long as we can.” This made so much sense to me and helped me to understand the unexplained struggles I had felt about making decisions.

Time is of the essence when we talk about making decisions, and even though decision-making looks like a complex mesh of permutations and combinations of what to do, it all boils down to making one choice at one particular point in time. You might have a hundred more choices to make based on that one choice, but they will occur one after the other even though in very rapid succession.

Have you noticed that even in the movies, the hero has to make a choice between saving their loved one and disarming the explosive device? They are only given a very limited time by the villain to make that decision. To remain undecided or to postpone a decision for longer than necessary is probably worse than making a bad decision. Why is this so? Well if I make a bad decision, I can always learn from the experience and retrace my steps to make better ones next time. If I don’t make a decision, time keeps racing away and the opportunity to make that choice passes by, so I would have lost my time and my choice.

No matter how many options we are faced with, in the final analysis we will always be left with the two best things to do for that particular point in time. Left or right, up or down, on or off, good or bad, forward or backward, leave or stay, speak or remain silent. A decision needs to be made; one thing needs to be chosen in order to progress.

I think of decision making like walking. In order to walk, first you must stand up on your two feet – this is where you take full responsibility for sifting out all your choices and crystallizing your thoughts to identify the two best options. Next, you must put one foot in front of the other – this is where you make the choice for what you think is best, and you leave the other behind. You may fall the first few steps you try to make, but just like a child, you must get up and keep trying and the more you do it, the easier it will become. The next thing then is to repeat the process again, putting one foot in front of the other in quick successions of time and thus make progress.

To be indecisive is to sit where you are overwhelmed by the myriad of choices to make, or, to come to a point of standing, but then not making the choice to put one thing before the other thus allowing time to slowly pass you by as you are left on the same spot.

So how do I become better at making decisions? I have learnt to do this by seeking out enough information on the choices I have to make, getting the counsel and advice of others, following my gut feeling, imagining the outcomes of my decision, being proactive and just doing something, and finally, a combination of some or all of these. 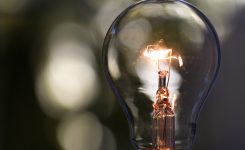 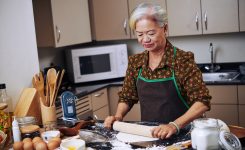